CYPRESS, Texas – October 3, 2017 – ICED is marking 50 continuous years in franchising under one family – the Hadfields – so this seems a fitting time to pass the torch to another young family with an entrepreneurial vision. It was June 1967 when Bud and Mary Hadfield launched Kwik Kopy Corp., and over the years, both of their children, Jim and Katherine and their spouses, and then their grandchildren, played important roles in the growth of the company.

Effective October 1, 2017, those brands in the United States will now be part of Fortusis, LLC, a company based in Utah. 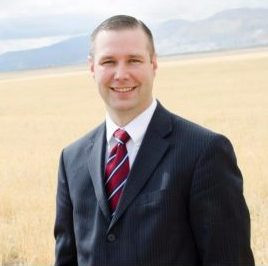 CEO Curtis Cheney until recently was general manager of the award-winning Kwik Kopy Business Center in Salt Lake City, owned by Danny Oblad. A native of Perrysburg, Ohio, he graduated from Brigham Young University-Idaho with a degree in Business Administration, emphasis in Marketing and Sales. He went on to earn his MBA at Idaho State University. Cheney and his wife, Marie, live in West Jordan, a suburb of Salt Lake City, with their four daughters.

Jay Groot will remain as president of the print brands, assisted by Nancy Arnold and Gary Tamburello. Speaking for the franchise support team, Groot said, “All of us are excited about our future under Curtis’ leadership. The next several months will be busy, but we are up for the challenge. We owe a debt of gratitude to Pat and Katherine Denison for taking good care of the company after the passing of Bud and Mary.”

ICED Chairman Steve Hammerstein, a former chairman of the International Franchise Association, said, “ICED is pleased that Curtis Cheney and Fortusis, LLC have acquired its print franchise systems. The due diligence Curtis devoted to this transaction was extraordinary and was preceded by the work he did for a three-year period to improve the performance of one of our Kwik Kopy Business Centers. That center today produces the largest revenue volume of all centers within the print franchise systems. Hammerstein went on to say, “Curtis brings experienced leadership to the franchise family as it begins its second half century in providing business solutions.”

In announcing the acquisition, Cheney said, “The ICED family of franchises is rich in tradition, and I’m humbled to be following in Bud Hadfield’s footsteps. I plan to visit with our center owners in the coming weeks, and I know we have a great future ahead of us.” He added, “Printing is not only very much alive, but it has multiple layers. We’re going to embrace that.”